Thin subhorizontal to dish-shaped (concave upward) beds consisting of very fine sand/silt and resistant, thin, lenticular limestone beds or pans occur at numerous stratigraphic levels within the Navajo Sandstone.  Middleton and Blakey (1983) suggested that cut and fill structures such as these represent a hiatus in the eolian deposition process. More recently, Blakey (1988) proposed the term "superscoops" to describe the dish-shaped structures formed by wind deflation that are filled with overlying eolian or aqueous sediments.

Gray, dense limestone/dolomite beds are also evident in Navajo Sandstone.  These limestone formations range in thickness from 3 inches to as much as 10-20 ft thick and extend laterally from 500 ft to as much as 1,500 ft.  Thin lenses, or pods, of dark gray chert and red jasper occur sporadically in the limestone beds. The limestone lenses were likely formed in ephemeral lakes among the dunes of the Navajo erg, or sand sea, in superscoop settings or behind and below sand dune "dams" that trapped water from tropical rainfall events.  This impounded water would have also raised the local water table and produced fresh water springs downstream of
the playa lakebed.

The shapes of the individual limestone layers are not known, but it is assumed that they are roughly circular (Pipiringos and O’Sullivan 1975). The limestone beds are highly resistant and influence topography; they are usually found at the crest of low benches or terraces in the site area. Occurrence of the limestone beds does not appear to be restricted to any particular stratigraphic interval within the Navajo Sandstone. 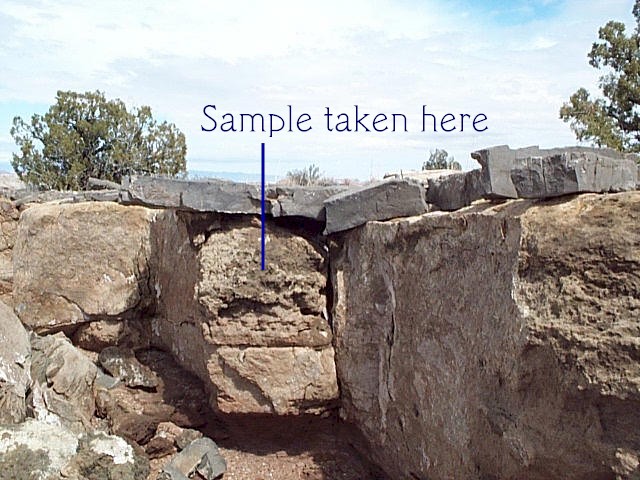